The recent burkini ban in France, and today’s announcement by Angela Merkel to support a partial ban on the burqa and niqab in Germany, are not the first instances of state efforts to influence the public to behave in a highly discriminatory manner. The burkini ban, which has since been overturned by the French Supreme Court, came as a shock to many throughout the world. How can a state have such a heavy hand in dictating something as personal as what a woman wears?

This is an extreme example of social management. It is, however, certainly not the only example of how states manage their societies. Social management is all around us, affecting how societies behave, and how they conform to certain notions and patterns.

Normally, public opinion influences public policy, informing and dictating it. This is something that almost everyone agrees on; and they would be right. But it is not always the case. In fact public policy can, and has, changed public opinion for decades, since the conception of the modern notion of the state. This is what we can understand as social management. Evidence of this management is spread throughout the world, and is not just reserved to blatant propaganda: it can be just as effective when used in the form of more subtle bureaucratic tools. These tools are often subscribed to, but rarely questioned.

Creating the new norms of discrimination

A form of social management that has been disturbingly successful, and therefore informative to examine, is the recent history of the Irish Traveller community in Ireland. Nomadism is an ancient way of life celebrated by over 20 million people around the world. Yet nomads, such as Irish Travellers, Roma, and Kochi People, are often problematised and ostracised in modern societies.

The modern state clearly has an issue with nomadic culture, but why? Scholars are mainly in agreement that states have a grievance with nomadic culture because it makes folly of the tools of the state; national borders, passports, and taxes, are controllable and understandable (and therefore manageable) demographics within a population.

Until the 1950s, Irish Travellers remained a vital heart for the agricultural industry throughout Ireland. However the same decade saw the significant modernisation and mechanisation of farming. This is said to have crippled the Irish Traveller economy, leaving them without regular work in rural areas, and forcing movement to urban centres. Ultimately this left their communities more dependent on the Irish State. And so began the process of delegitimisation of Traveller culture.

It did not take the State long to establish a commission to investigate Irish Traveller life. The Commission on Itineracy is one of the first official reports, compiled in 1963 into the social needs of Irish Travellers. The commission, not only commonly used offensive language, but overtly promoted the idea that Traveller nomadism was a problematic issue for modern society, and assimilation into wider society was the only way to solve, what they called the ’Traveller problem.’

Throughout the next thirty years, through the tools of bureaucracy and social management, a system of delegitimisation would ensue.  The 1995 Report of the Task Force on the Travelling Community, and the 1998 Housing Act that would spring from it, would prove to be the most devastating blow to Traveller culture in the history of the State. Despite the positive intentions of this report and its apparent support for the Traveller way of life, it evokes a promotion of a ‘weak multiculturalism’, allowing the assimilation of Travellers through housing to continue.

The Housing Act would ban Travellers from residing anywhere outside of ‘designated zones.’ This Act is entirely aimed at tackling the artificially generated problem of Irish Travellers, and has essentially made nomadism in Ireland illegal, a move that was met with support from the wider community in Ireland at the time, and to this day has not sparked any outrage from wider society. Anti-Traveller prejudice has been described by Martin Collins, co-director of the Pavee Point Travellers’ Centre in 2013 as ‘pervasive and deep-rooted.’

Anti-Traveller sentiment is widespread in Ireland of today. In recent years reports of Irish Travellers being refused services, or being attacked or harassed have become commonplace. According to statistics compiled by sociologist Fr Michaél MacGreil in his 2010 report, Emancipation of the Travelling People, 63.7% of the wider public reject Travellers on the basis of their ‘way of life’- while 18.2% would go as far as denying their right to Irish citizenship. These statistics show the strongly negative opinions that the Irish public have of the Travelling community. The ‘problem’ of the Irish Traveller has been truly authenticated, the widespread discrimination that Irish Travellers have faced as a result, has had extreme effects on their cultural, social and medical wellbeing.

The social management of everything

Public policy can be as informed by the desires of the institution of the state as much as it can be informed by the citizens of it. This is not just true in the case of Irish Travellers and the Irish State, but can be evidenced in countries throughout the world. The process detailed here is simple, a problem is created, over time it is believed, and in the end, a solution that is not pretty is deemed as the only, necessary step to resolve it. In this case, Irish Travellers become a problem and their assimilation into contemporary society becomes the solution. In other cases, personal safety becomes a problem, and looser gun laws become the solution. Or personal freedom becomes a fear, and personal privacy is sacrificed.

Public policy and other bureaucratic methods ought to be understood not only as reflections on society that inform the state on how they should govern, but also as tools used to manipulate and influence its own society into conforming to certain norms, and holding onto certain beliefs. As a result, public policy should be understood as something to analyse and criticise, not blindly follow.

The recent burkini ban is a knee-jerk reaction by the French State. Due to the move being met with such animosity across the world – a U.N. Human Rights Office even going as far as calling it stupid – it was quickly understood as being outlandish and unnecessary. However, perhaps if the French State introduced this idea in principle fifty years ago, and slowly used the subtle – yet highly effective – tools of bureaucracy and social management at its disposal, the move would not have been met with such hostility. 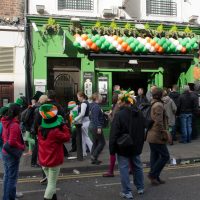 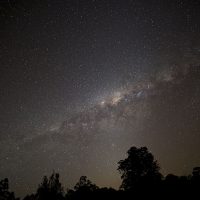