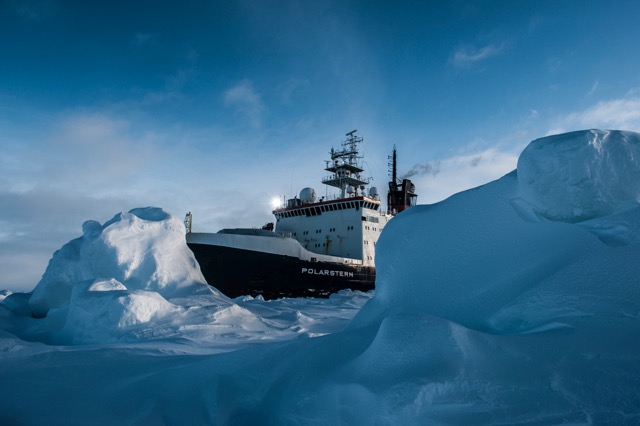 Antarctica is on the move. Enough ice to rise global sea level by almost sixty meters – nearly two hundred feet – is stored away in this southern hemisphere ice vault; and it’s at risk of being cracked apart and melted by global warming.

A publication by two US scientists published last year suggests that by the end of the century Antarctic ice loss might add an additional meter to sea level rise, and more than fifteen meters by 2500, depending on how much the planet heats up in the future.

According to the UN, about forty percent of the global population currently live within one hundred kilometres of a coastline, and most of the worlds megacities enjoy an ocean view. If the worst case (yet reasonable) scenario sea level predictions are accurate, then hundreds of millions of people living in so-called low-elevation coastal zones (areas with an elevation of less than ten meters) could succumb to extreme flooding, and their fertile lands used for agriculture would be inundated by water. The ensuing migrations would be unparalleled in human history, truly unlike anything seen before.

A sobering outlook for people who like to, or have to, live close to the sea. But is it a realistic one?

An old warning for the near future

Any marine ice sheet is potentially unstable if the slope of its base in the direction of the interior of the ice sheet points down. Fortunately, the WAIS is currently stabilised by large ice shelves forming a safety band around its vulnerable regions. The floating ice tongues keep the flow of their tributary glaciers – which transport huge ice masses towards the ocean – at bay; not unlike the plug in your bathtub. Should this plug be pulled by global (in this case polar) warming, the glacier flow of ice into the ocean would shift into a higher gear. The giant glaciers feeding into the ice shelves would accelerate, leading to a thinning of the grounded ice, and thus greatly accelerating sea level rise.

The 2002 break up of the Larsen B ice shelf ( about 3250 square kilometres of ice up to several hundreds of meters thick) shows that ice shelves are sensitive to climate change. Warm ocean waters can eat away at the shelf base while the warming of the air melts their surface. At present NASA closely observes cracks in several major Antarctic ice shelves, amongst others a widening rift on the Larsen C ice shelf, the last remainder of the Larsen shelf.

Back in the 70s, knowledge of the Antarctic ice sheet and the South Polar regions in general was spurious at best, and the rapid acceleration of global warming still a decade away. Now the signs of a heating planet are all around us: global and national politics are divided, and the attention of science and society to the polar regions is at an all time high. If you asked the experts in the field ten years ago what would drive future sea level rise in the near and mid-term (until the year 2100-2500), they’d probably have told you Greenland. And while Greenland still currently sheds more freshwater into the oceans than Antarctica, the southern ice giant is definitely back in the lime light.

The latest insights from climate scientists suggest that in a “business as usual” scenario, or Trumpworld, unabated greenhouse gas emissions would drive a sea-level rise of more than a meter by the end of the century, caused by the collapse of parts of the Antarctic ice sheet. This is on top of any contributions from the other major sources of sea level rise, like the expansion of the global ocean as it heats, as well as a melting Greenland ice sheet. It is also much more than suggested by the latest report by the Intergovernmental Panel on Climate Change (IPCC) three years ago, which estimated only a few tens of centimetres of Antarctic sea level contribution, but at the same time conceded that current knowledge of ice-sheet dynamics is incomplete.

The threat is real

By now the scientific community agrees, that if our addiction to a fossil-fuel-driven lifestyle continues unchecked, the resulting ocean and surface warming could increasingly destabilise the West Antarctic ice sheet throughout this century.

Such a scenario can be prevented by quickly reducing national carbon dioxide emissions. However, given unmitigated climate warming, a collapse of the marine Antarctic ice sheets – there are also some in East Antarctica, containing even more ice than in West Antarctica – is a plausible possibility.

The big question is how soon and how fast this could happen. There are thresholds in the Antarctic climate and ice sheet system beyond which a runaway retreat of the ice sheet is unstoppable. The problem: it is incredibly hard to pin down those thresholds with the current knowledge we have.

But for now, just imagine we assume that mankind fails to deliver on its own goals agreed last year in Paris, and we are bound for global warming beyond 1.5 – 2 degrees, then the polar ocean and atmosphere might become just warm enough to break the Antarctic ice shelves’ neck. In this worst case scenario the large Antarctic ice shelves could collapse within a few decades leaving their tributary glaciers unprotected. The resulting acceleration of sea level elevation would have dire consequences within the second half of this century, sinking low-lying island states, submerging fertile (and densely populated) land in Asia and flooding cities from New York to Hong Kong.

At the moment we still have some time on our side in relation to the climate system, as most of Antarctica currently does not experience the rate of warming observed at its northern counterpart, Greenland. However, if we continue on the path of unsustainable growth and fossil fuel combustion, the cold shield of the Antarctic will eventually weaken.

To prevent this, we have to cut down our greenhouse gas emissions. And we have to do so quickly. Otherwise those forgotten prophecies of the 1970s – already 40 years ago – might become a reality all too soon.

But there is reason to be optimistic: it looks like if we stay below that magic number of two degrees of global warming, we will almost certainly dodge the bullet that is the demise of the Antarctic ice sheet.

Johannes Sutter PhD is a climatologist at the Alfred Wegener Institute in Bremerhaven, Germany, who specialises in modelling the Antarctic ice sheet.